Now where was I?  It's been awhile I'm thankful for the handful of folks who sent me an email asking if I was doing ok.  At least you noticed I wasn't around. 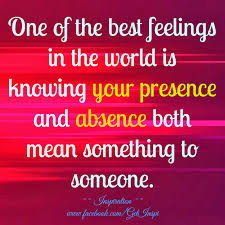 I kind of left some people hanging there with my last post where Matthew, one of my readers, had some questions about discipline and specifically spankings.  One of the things he wanted to know was whether or not my lover Karl had spanked my hubwife.  I told him that yes he had, but under two very different circumstances and that I'd explain later.  Well, it's not "later" and about time I explain things.

We both met Karl and his wife years ago at a fetish party we had attended.  After much coaxing by the gentleman who ran the party (he and his wife also owned a fetish shop) we decided to attend at his guests.  I wore a rather provocative leather catsuit and hubwife accompanied me in an equally provocative PVC maids uniform.  We made a lovely couple :)

The party wasn't about sex and swinging but instead more of a place for similar minded people to get together and have fun.  He didn't allow any nudity that showed genitalia and other than some folks putting their submissives over their laps or a spanking bench for discipline there wasn't that much going on that was offensive.  The owner introduced us to Karl and a few other couples who were either our age or a bit older and we kind of hit it off and stayed in touch after the party. After seeing each other at a few more parties we eventually would meet at each others homes and even did some getaway weekends together as couples.

At one of the fetish parties Karl had his submissive wife Claire over a spanking bench for some discipline. With a leather paddle, he appeared to be quite experienced at getting her bottom just the bright shade of red he wanted it to be.  The dominant half of another couple we were friends with was also impressed, and playfully offered his wife to Karl, asking him to get her bottom an equally bright shade of red.  You can guess where this is going.   The doms in each of the couples (all male) offered their wives in turn.  The wives, all naturally submissive, seemed to have no issue with following their dominants orders.  It wasn't long before all of them had bottoms of matching colors.

When it seemed over one of the men said "Hey Diane, what about Terrie?  Why don't you show us how you spank him?"   Terrie blushed.  I just sat there and didn't say anything right away.  I had enjoyed the show and though I had spanked her before, I just didn't feel like putting on a show just then and there.  I surprised even myself when I looked right at Karl and said.  "No thanks.  But I would like to see Karl spank her.  It might help her feel like one of the girls."

Later, Terrie would tell me that when I said that she felt like all the blood she had drained right out of her.  She looked fine to me, a little blushing but other than that, nothing unusual.  So there, in front of not only our friendly couples but the whole party which probably consisted of another 125-150 people, my sissy wife lowered her ruffled panties before bending over the spanking bench and getting spanked by a Dominant man who would someday become my lover.

I knew my hubwife had fantasies of being spanked in front of a room full of women.  I'd say that's probably a popular submissive male fantasy. 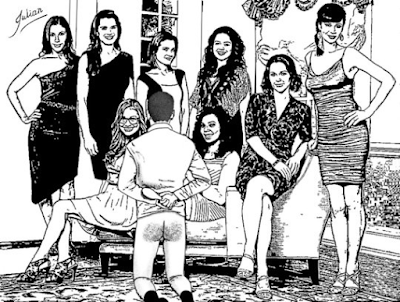 But such an opportunity has never really presented itself and sometimes, you have to take advantage of whatever you can get.

I was very proud of Terrie.  It was a beautiful expression of her obedience, trust and love.

Sadly Karl's wife passed away several years later.  She was way too young.  We'd stayed in touch over the years and things seemed to fall into place for us.  I think we're in a good place now.

Other Places That Pique My Interest